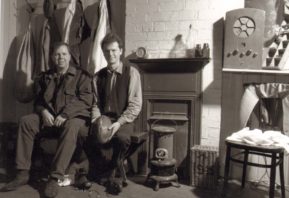 The idea of replicating paper ephemera is not new. However, the idea of creating a memorabilia pack for football clubs was ground breaking. As a consequence of this “pub idea”, Edinburgh based Stuart Reid contacted fellow football fan Neil Manderson and the company was formed in 1995. In the following five years the company produced official boxsets for most of the bigger UK clubs including Manchester United, Chelsea, Spurs, Arsenal, Manchester City and Celtic.

Deciding to diversify, the company turned its attention to other historical subjects, resulting in a range of replica packs for museum gift shops.

Unlike most other publishers the company choose to have their products designed, printed and collated in the UK.

New titles are in the pipeline and the company welcome ideas. Please contact: